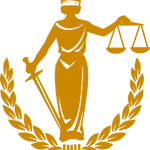 Behind us,we have gathered a team of most successful, proficient and experienced Management Consultants,Lawyers,Chartered Accountants & Company Secretaries who can provide the best of advisory services.

Our Expert Panel of Consultants

Mr.Abhinandan has more than 5 years of practice experience in High Courts of Chennai and Bangalore. He handles civil matters in the High Courts, City Civil Court, Criminal Courts, Debt Recovery Tribunal etc. He is an expert in scrutinizing property documents of his clients for property related cases and has experience in Arbitration and Litigation matters.

Mr. Afsal is a Law Graduate with more than 15 years of experience in civil , criminal, consumer cases, Motor Vehicle claim cases and in drafting documents of all nature. He has handled litigation and has comprehensive understanding of Indian civil laws, appearing before Hon’ble Supreme Court of India, High Courts in India. He has hands on experience in handling civil suits of diversified nature such as Injunction Suits, Summary Suits, Suit for Declaration Suits etc.

He has represented various Broadcasters, Service Providers, MSO’s and LCO’s under TRAI Act, 1997 before Telecom Dispute Settlement Appellate Tribunal(TDSAT), Delhi. He has conducted cases pertaining to disputes with respect to interconnect agreement and subscriber agreement before TDSAT with primary areas of practice being securitization, TRAI and civil law’s with a focus on Securitization Laws and Telecommunication Laws.

Mr.Sathyamurthy has more than 5 years of experience in High Courts of Karnataka and Mumbai. Handled Labour , Civil , Rent control ,PILs,Writs , Criminal and Human Rights cases on behalf of various NGOs in Kerala, Tamil Nadu and Karnataka.

He has been handling various assignments in different areas of corporate and commercial laws & practices namely, various compliances under Companies Act, FEMA, Corporate advisory, Incorporation of Indian and Foreign Company, drafting of various commercial Contracts, mergers & acquisitions, winding up and has been successfully liasoning with various regulatory authorities such as Ministry of Corporate Affairs, Registrar of Companies, Stamping Authority. Sathyamurthy holds a Masters Degree in Environmental Laws as well.

Mr. Saji Nath is a law graduate with more than 25 years of experience in this litigation field. He has appeared in various High Courts in India and has vast knowledge and experience in Criminal Law matters. He also specializes in Industrial Laws and labour issues. He has wide experience of representing and arguing various criminal cases in High Courts as well as Supreme Court

More than 10 years of experience in Business Registration, Auditing and Taxation.

Mr.Shaji.K.Nair is a law graduate with more than 15 years of experience in various Courts and High courts of the country. Mr. Shaji is also a part of our business development team with expertise in taxation matters, statutory and internal audits, excise and custom matters, capital markets, financial matters, strategic financial planning, budgeting/fund management, project evaluation, statutory compliances, establishing strategic cost management systems, ensuring compliance to the government rules and regulations as laid down by statutory authorities like RBI, IT Department, Custom & Excise Department, Sales Tax Department etc., liaising and negotiating with banks and financial institutions for raising funds and non fund based facilities to meet working capital and project requirements.

She is part of the business development team and also is efficient in handling the NRI legal services such as tax on money remittances , advice on buying property to clarifying on government regulations on certain legal tangles,document registrations, financial services that impinge on legal issues.

Ms.Raji is a law graduate with over 15 years of experience in the corporate field. She has experience in different areas of corporate and commercial laws & practice including drafting and vetting of Joint Ventures, Term Sheets, Shareholder Agreements and other Commercial Agreements, Incorporation of a Company in India or abroad, Foreign Direct Investment, Secretarial audit and compliances, Due Diligence of Companies.

Mr. KISHAN DUTT KALASKAR worked in the capacity of Civil Judge ( Jr. Dn) and Magistrate till 2002 at different places in Karnataka. Worked in the capacity of Judicial Officer and disposed of thousands of variety of Civil Cases on its original side. Also worked in the capacity of First Class Judicial Magistrate and decided thousands cases on criminal side including Cheque Bounce Cases. In the Month of May 2002 – Promoted to the Rank of Senior Civil Judge and worked in the capacity of the Deputy Secretary cum HEAD OF THE LEGAL CELL, REVENUE DEPARTMENT, GOVT.(Karnataka Secretariat) OF KARNATAKA AND ALSO INCHARGE OF DEPTS. OF POLICE/HOME ETC., ( FOR A PERIOD OF ABOUT 1 AND HALF YEARS MONTHS).Also incharge of the post of CPC (Computer Project Co-ordinator) and looked after entire Karnataka State Sub-ordinate Courts Computerisation and Management including computerization and Management at the establishment of the Hon’ble High Court of Karnataka, it is District Judge Rank Post.. Transferred on my request and Posted as 18th ACMM (Additional City Metropolitan Magistrate, ) Bangalore. Transferred and posted as Civil Judge (Sr. Dn) & Addl. MACT (Additional Motor Accident Claim Tribunal, GANGAVATHI, KOPPAL DISTRICT ON IN THE MONTH OF MAY 2005. After relieving from judiciary he is working as a freelance Legal Editor for:
. KLJ – Karnataka Law Journal (Fortnightly).
SSC (Supreme Court Cases) JournalHeadnoting for the above journals
. Working as Legal Consultant.Legal Advisor for Suvarna Co-operative Bank, Sajeevappa Naik Lane, Bangalore-2. WILLING TO OFFER CONSULTANCY/JOB/PREPARATION OF HEAD NOTES OR DRAFT PLEADINGS ETC., in any administrative, JUDICIAL OR QUASI JUDICIAL SIDE.

More than 35 years of experience in IR & Human Resources Management. Has worked as a HR Head in top notch companies and appeared in major courts for Labour Dispute Resolution. He is also a member of various Professional Organisations and Associations, Has represented India in ILO and other major Labour Conferences.

More than 10 years of experience in Cost Accountancy. Also an expert in Business Registration and Taxation matters.